This page can be read in the following languages:

Beeping is a technology that has been developed for more than 5 years, in a rigorous R&D process where more than $ 1M has been invested.

Beeping has developed between different computer engineering and telecommunications engineers between Barcelona and Miami.

So now we can only grow.

Thanks to the search for investors we have been presented with many cases in which Beeping could be used, always on the basis that the sending of a Beep is decoded by a Smartphone, for now.

Here we show some of the use cases that we have been detecting throughout all this stage:

For now, beeping does not work inaudibly on TV and Radio, although it is on the Timeline. 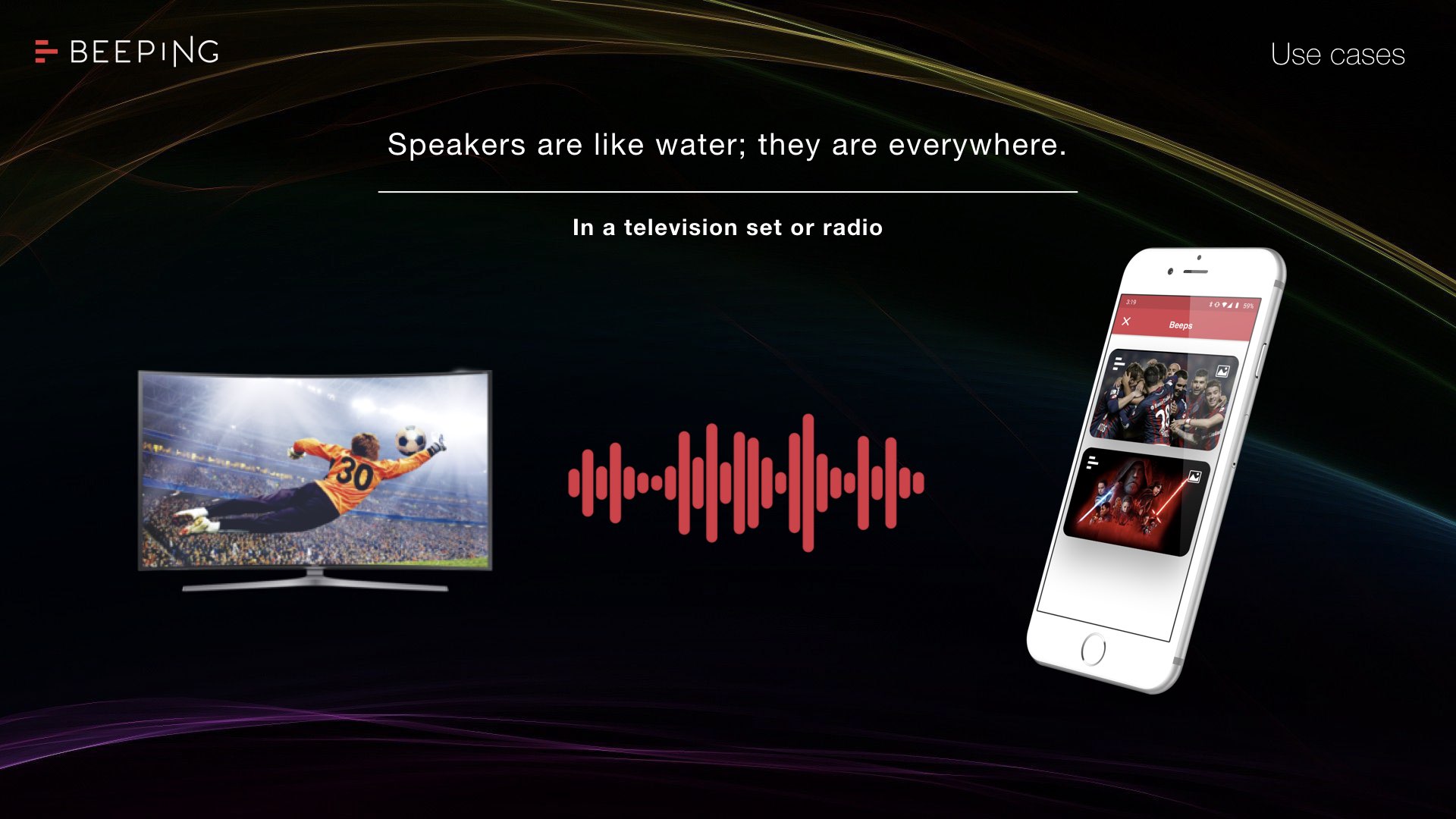 As the use of technology in sporting events, 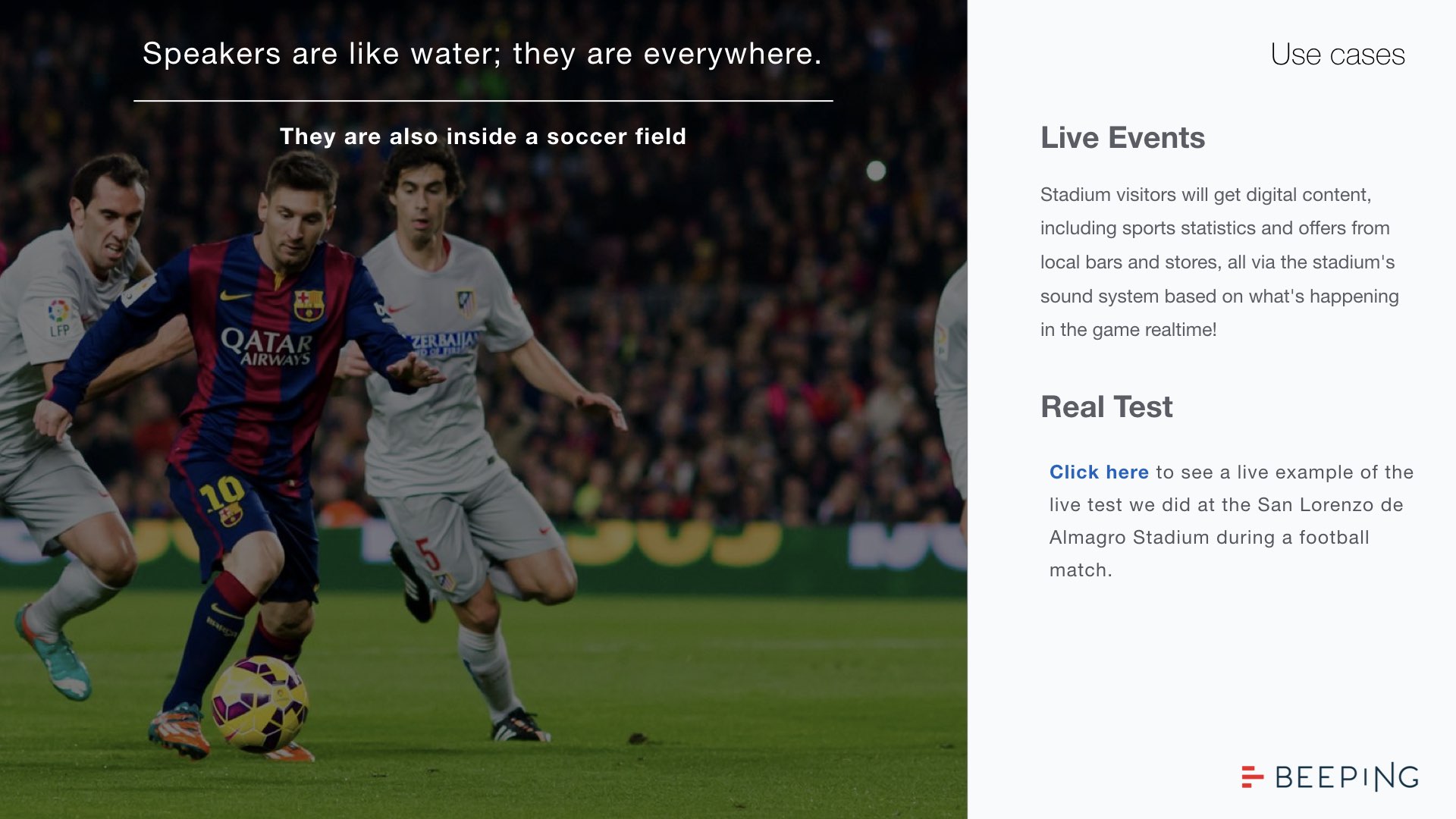 or even in concerts. 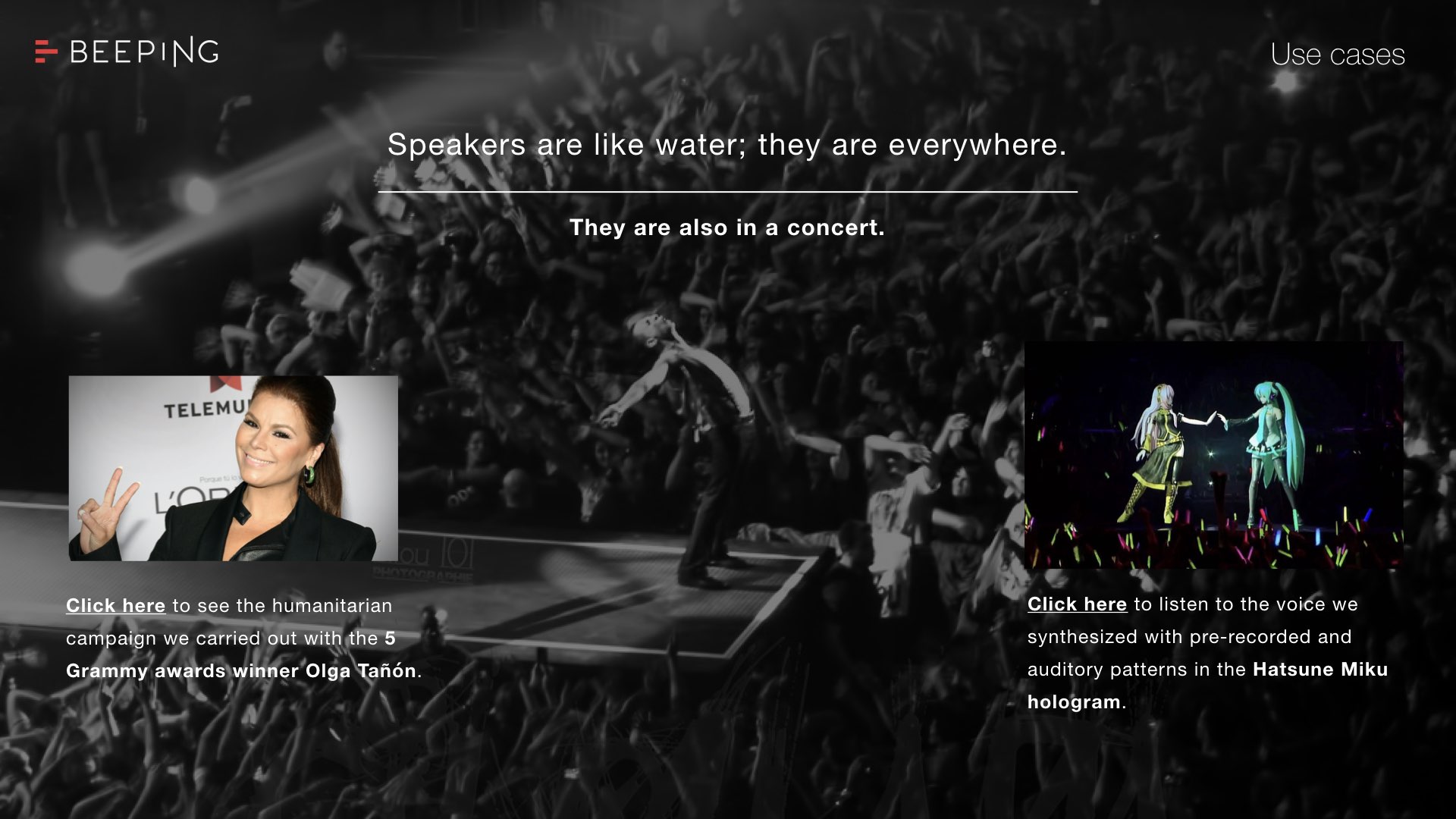 In retail, or closed events. 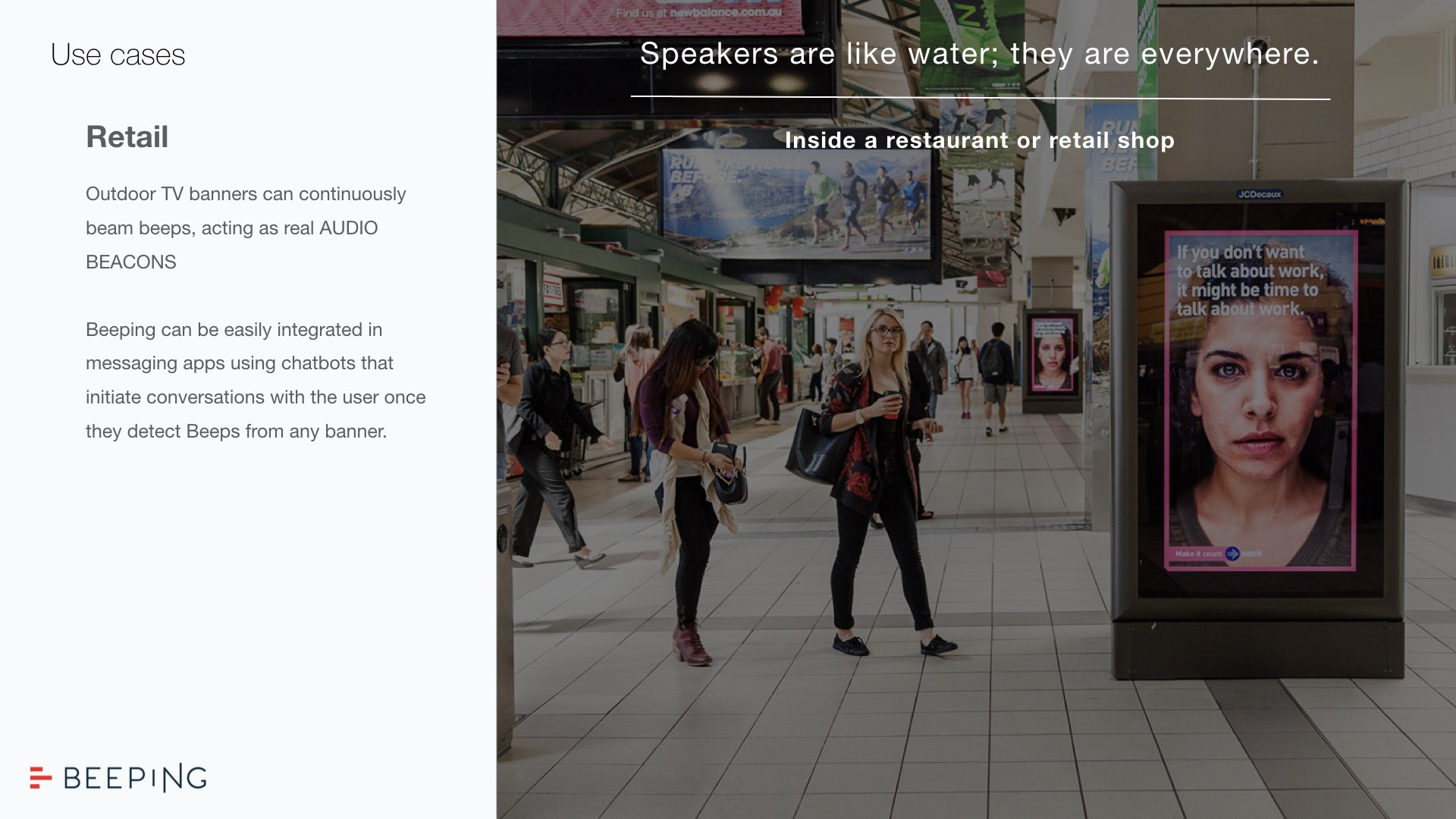 Sending data from online services such as YouTube, Vimeo, Spotify ... 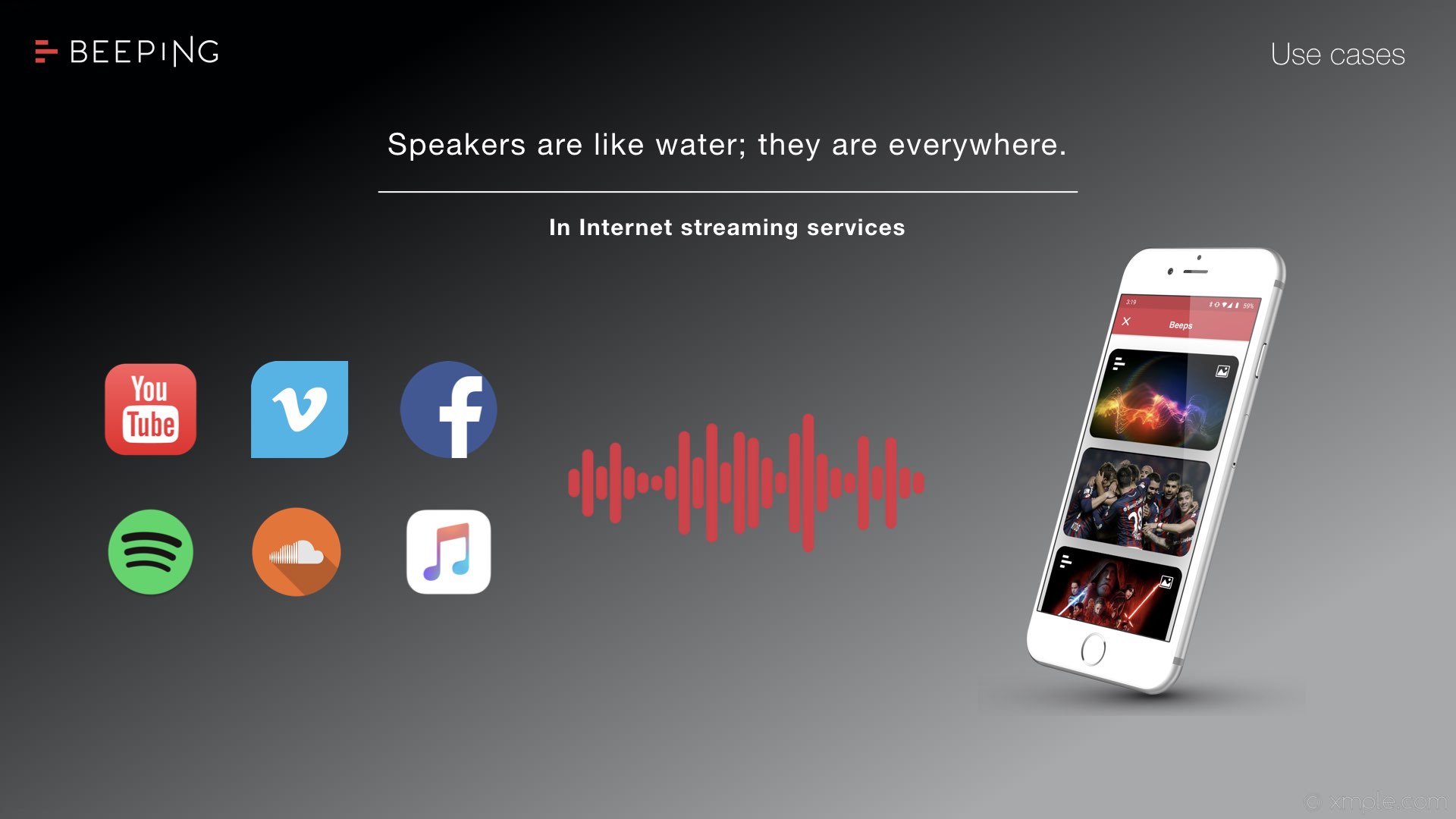 You cannot own more government, or less, than your own.